“Can I talk to you about something?”  As I turned toward my twenty-something colleague my soul felt tired. I could hear in her tone that this was not something light and fun she wanted to talk about and so my soul felt tired. Unfortunately as the team leader I do not get the luxury of giving into tired soul syndrome. So I smiled and said “Sure.” Out came all the frustration, aggravation and the well built case she had construed because she had been stewing on the problem, I know this because I have built my own cases when provoked, and I have often been provoked. Her frustration was with an even younger twenty-something on our team. I knew it wasn’t a simple thing, is it ever?

I asked her a couple of clarifying questions not because I needed the information but because I wanted to make sure all the venom had been released. I wanted to make sure that she felt she had been heard and that she had an emotional release to all that frustration. I have watched my husband do this very thing many times over the years and he has even done it with me but I always let him know THAT I know he is managing me, although I don’t really mind when he manages me., I often need managing. The truth is people hear your wisdom better if they have “Released the Kraken” that’s what we call it in our house and If they feel they have been truly heard.

When I was satisfied that she had let it all out, I asked her a simple question…Have you told her how you feel? Does she know how frustrated you are about this situation? I had seen many of the things myself that had just been illustrated to me in glorious detail and as the team leader I was in a position that  I could have spoken to the offending team member myself but this was a teaching moment for my young friend and a chance to  help her develop good career habits. “No” she said “I wasn’t sure what to do?”  I looked her in the eyes and lowered my voice and simply said “If someone were frustrated with you, how would you want them to handle that?”  She looked at me and said “I would want them to come to me first and tell me about what they were bugged about.”  “Yep” I said and then gave her some wisdom about the right time, place and tone to use when confronting her colleague.

I watched the next day as she took my advice and had a conversation with the object of her consternation. It ended in smiles and hugs and when I asked her about it, she said they had a chance to clear up a lot of misunderstanding and it went really well.  Why don’t we do this? In every Christian organization in which I have been employed, I have signed something that said I would solve disagreements using Matthew 18 and so has everyone else who works for that organization. So why don’t we do it? Why do we talk to everyone else BUT the person? Why not start at the most logical place?

I have heard all the excuses, I am intimidated by them, I don’t want to hurt their feelings, What if they get mad, on and on it goes. So instead of putting out the fire at its origin…we burn the place down. Relationships, Families, Churches, Organizations…blown apart because we refuse to practice one simple biblical principle…talk first to the object of your frustration, hurt or anger.

And not in a gang, 3 people of position and power in a room with someone alone.  Do we really think this is what the Lord had in mind when he said to confront one another in love?

There are times when you really do need to process what you are feeling for balance, and you need wise counsel. That’s biblical too. Wise counsel is someone who has nothing to do with the situation. They do not benefit by your processing and sharing information, someone who is completely untouched by the circumstance. Someone you know will give you wisdom even if it isn’t want you want to hear. That is wise counsel.

But it’s hard to practice, because being in the know feeds the ego. And let’s just be honest Gossip is fun that’s why it is a multimillion dollar industry. But what it does to character and integrity is devastating. It changes who we were created to be and can stand in the way of what we are becoming.  The temptation however is constant and can catch you unaware.

I was in the office just a few days later and I knew there was drama going on and I had just steered clear of it all morning but a woman I had been cultivating a friendship with leaned in and asked me a question…a leading question. It was an invitation to gossip about the drama. I had a choice to make, yes sharing this with her would have endeared me to her but it would have built the relationship on sandy ground not solid rock.  I want more from this woman; I want true friendship built on the sharing of our own lives with one another, so I artfully avoided the question without being high and mighty.  It was choosing to be “Wise as a serpent and harmless as a Dove” and then I laughed and teased her about something else and went on my way.

A few weeks later I was sitting at a breakfast with amazing women, some old friends and some women I had just met for the first time. An old friend said to me “How is your new job? You’re new Principal?” I just love the woman I work for now; she is a rare find in education both not afraid to do hard things but kind and generous with warmth and support. There had been a mistake in my first paycheck and she had gone the extra mile to right the wrong, I am not sure I have ever had a principal go that far to meet my need. I was bubbling over about her and why I liked her. I was trying to just talk to my friend that was close to me but if you know me…I don’t really do quiet very well. When I was finished a woman who is a single Mom and whom I had just met said to me “My kids go to that school, but they are on the other campus.  I met your principal and I had the same impression of her, I am so glad to hear it confirmed by your experiences with her.” I smiled at her and listened as she told me about how she had come to find our charter school.

On the way home I realized that I had held my principal’s reputation, standing and person in my words. She wasn’t present and in no way could have defended herself if I had chosen to say other things about her. Someone who had only met her in passing could have been turned off to her by my conversation had it gone in a different direction.  It hit me again how powerful our words about each other can be. Sticks and Stones may  break our bones but words can destroy a person’s character, reputation, influence, status and ability to move forward in the world. I was convicted once again about how I say what I say…even TRUTH can be used to harm if not tempered.

As a person who has been discussed at length in many ways, things that still make me shake my head in disbelief I understand how hard it is to have relationship with someone once they have been poisoned by someone else’s opinion. Is that really fair?  Shouldn’t people get to draw their own conclusions about all the ways I am a sinner? Shouldn’t they get a chance to discredit me because of their own experiences with me? Friendship with me is not easy, I require loyalty to a fault, I will talk over you, I will challenge you and because I require large amounts of solitude I may ignore your phone call. But shouldn’t people have the right to figure that out on their own? I want the right to prove how horrible I can be or maybe just how wonderful too.

This is a never ending lesson for me, because I love words in all their beauty and depth. How when used with love and care they can mend a broken heart or raise a crushed spirit. I am also very aware in my anger and hurt I can be ruthless with words and not care how I throw them about.  I think that is why God is constantly teaching me about them and their affect.

It is easy to understand the wisdom of Proverbs 18:21

“The tongue has the power of life and death in it…”

This is a life long challenge…this words thing…some days we triumph and some days we travail but we must always be evaluating our conversations and be open to correction by the ONE who is the Word. 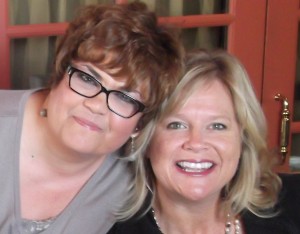 My husband is always my first go to for wisdom and after that I have a small close circle of women I trust deeply.  Jennifer is in that small circle.