“Everyone we know is trying to kill us!”  It wasn’t just the tone and facial expression that Scarlett Johansson as the Black Widow used to deliver this line but the identification with it that made me laugh out loud! The Black Widow and Captain America are being hunted and chased by what seems to be both sides of the same coin. Who is for us and who is against us? Nothing like sitting in a movie theatre innocently watching a super hero movie and have truth revealed to you. The Holy Spirit is relentless he will chase you down even if you are leaning back in your chair with your feet up on the rail in front of you, your bucket of popcorn propped just so.

The last few months I have been walking through deep waters with several friends who have been facing soul crushing circumstances. I realized as I thought through them that they had a common denominator, the pain they were facing was the result of Truth. They were living in the after math of one of three aspects of it, Telling the Truth, Living the Truth or Facing the truth. Human Beings love truth when it serves our purposes, when it redeems, restores, justifies or it liberates, but when truth reveals the hidden agenda, motivation or desire we want to keep private than we don’t like it…not so much.

Telling the Truth is hard, and it will usually cost you something. When something can no longer be ignored and changes must be made that process always begins with telling the truth. That kind of truth telling makes you a target. Who is for you and who is against you can become very clear. You are often alone once you have done what needed to be done. If your motivations were unselfish and it was really for the health and welfare of others, it is hard to understand the torrent of consequence that can follow. How your character will be maligned and crucified so that those who did not want truth to be revealed can discredit the courageous choice you have made. People who have been friends abandon you and innuendo becomes the weapon of the day. It is a lonely place and because it is not something you can talk about and because you wish to walk with integrity in it, you will not retaliate when lies are bandied about as truth. This is why people choose not to tell the truth, it is why the choice to live in mediocre because the norm. It is just easier to look the other way.

Living the Truth is challenging because you are often required to do it in the spotlight while everyone watches and critiques your every response waiting for a misstep on your part. Position, Promotion, Recognition that are rightfully yours and that you have labored for are denied. When this happens to a believer, the luxury of acting out in anger is not an option. You have walked a life of Godliness in front of others so to give into what is only human response would undo all that you have invested in being a light in the darkness. Often jealousy, intimidation and feelings of inferiority are behind the motivation of denying you what you have earned and are entitled to. So in this ugliness and unfairness you must live the truth of graciousness and not respond to the kicks under the table that no one else can see. It is lonely to keep responding with generosity when you are clutching your stomach where you have just been kicked, to wait patiently for God to release you in His time and in His way.

Facing the Truth is horrifically painful, because it means life as you know it is over. When the truth about relationships that aren’t working finally makes its way to the consciousness it is terrifying. All of the ramifications of what living life in this truth become achingly clear. The steps needed to make the changes needed are uncomfortable at best. It means reconstructing life and doing things so differently than you ever thought you would or could. It means looking into the eyes of someone you love and saying this can’t go on like this anymore, or these changes need to be made so that we can move into healthier relationship. It means hard conversations and really seeing what has been and our part in it. It is letting the Holy Spirit come into our spirits and with the sword of truth cut-a-way deception and sin that has tainted and eroded relationship and sometimes our character too.

Standing with someone who is facing this kind of truth telling is challenging because it requires time, a lot of listening, being vulnerable and choosing tenderness. You must be authentic and gentle. You must honor the process and the experience. You must not try to fix it; you must understand that you cannot fix it. You must obey the quiet nudge from God to pay attention. It can mean an hour or two in a Starbucks, a quick text of support on your lunch break, taking phone calls so the person can vent a bit before they do something they will regret. It is helping them to separate truth from the lies the enemy will try to sew into the fabric of their character.

This is what I have been doing a lot of in the last few months, it is true church, true ministry and it is a Holy privilege.  There is something so spiritual about starting a conversation with someone when they are weary, tense, afraid, overwhelmed and as they talk, vent, process and you listen they begin to breathe. As you share insight and are vulnerable they begin to strengthen, and as laughter makes its way into the conversation…Hope arrives!

It is being a safe and trusted place in the storm of what truth is and what is not?

I love the scene in Captain America where he is remembering when he lost his parents and Bucky his truest friends says to him “I am with you until the end of the line.” It is what Christ said to us when He clothed His divinity in humanity; He was willing to do even that for us. And when we walk in unpopular places with people who are dealing with unpopular things that is when we most reflect His love.

They are learning what it means to fellowship in the sufferings of Christ.

“That I may know Him and the power of His resurrection and the fellowship of His sufferings…” Philippians 3:10

All of the ugly that Jesus experienced on this earth as He walked in human form were the result of truth telling. He held up the truth of Heaven as the standard in every situation. And no one liked it, except for the very broken and sin filled who wanted to be released from the trap their lives had become. The truth He revealed about these did what truth always does… it brought freedom. 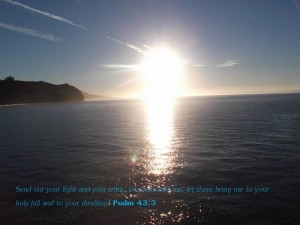